One of my poems got nominated Best of the Net 2014 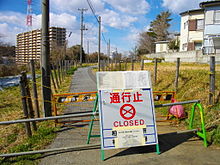 In an earlier post I announced two poems that were published in Poppy Road Review. One of the poems has been nominated for Best of the Net 2014 and I thank the editors and all the readers who have appreciated my work. I hope to keep finding new keen readers who are open to seeing various versions of my writing as I trudge along to somewhere hopefully better with them.
HERE is the official announcement from Poppy Road Review and a LINK to the poem.
Maraming salamat.

Jim Pascual Agustin writes and translates poetry. Sometimes he tries his hand at essays and stories. His latest book is BLOODRED DRAGONFLIES, published by Deep South in South Africa. Check out the official blog page for Bloodred Dragonflies. In 2011 the University of Santo Tomas Publishing House in Manila released BAHA-BAHAGDANG KARUPUKAN (poems in Filipino) and ALIEN TO ANY SKIN (poems in English). The same publisher released his most recent poetry collections SOUND BEFORE WATER and KALMOT NG PUSA SA TAGILIRAN. In 2015 a new poetry collection in English, A THOUSAND EYES was released. His first collection of short stories in Filipino, SANGA SA BASANG LUPA, was released in 2016. UK publisher The Onslaught Press launches his poetry collection, WINGS OF SMOKE, worldwide in February 2017. San Anselmo Publications released HOW TO MAKE A SALAGUBANG HELICOPTER & OTHER POEMS in 2019 followed by CROCODILES IN BELFAST & OTHER POEMS in 2020 - both books can be purchased through their Facebook page. END_OF_DOCUMENT_TOKEN_TO_BE_REPLACED
This entry was posted on Monday, August 4th, 2014 at 11:47 and tagged with A Thousand Eyes, Best of the Net 2014, ghosts, Jim Pascual Agustin, meltdown, nuclear meltdown, nuclear radiation, Poppy Road Review, Sundress Press, The Ghosts of Fukushima, tsunami and posted in Uncategorized. You can follow any responses to this entry through the RSS 2.0 feed.
« Maybe, just maybe
Three poems from Sound Before Water featured in Dead Snakes »