Night is not a cover: 9 farmers killed and burned in Sagay City, Negros Occidental

9 Farmers massacred and burned in Negros Occidental, the Philippines

On Saturday night, nine farmers were killed, including two teenagers, in Negros Occidental in the Philippines, my country of birth. News that isn’t news. This massacre isn’t unique as so many previous killings had taken place under previous presidents. But none of those presidents were as blatant and brutal about wiping out groups of people as the current one, Rodrigo Duterte.

The war on the poor and defenseless continues. 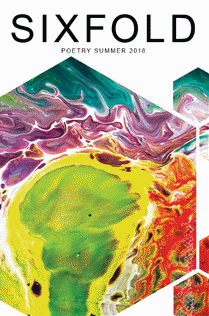 Sixfold has been a good source of encouragement for many years now. For a small fee you get to enter the competition – but better than that are the many comments that readers give each piece. I’ve come close to winning. Close is good enough as long as there are readers who appreciate my work. One day I’ll see if I can share some of those warm feedback.

For now, the Summer Poetry 2018 is HERE to read and download for free.

And I do hope this encourages you to welcome my forthcoming book.

New paper child on the way

I can’t reveal the exact date of birth yet, but a new paper child is on the way: HOW TO MAKE A SALAGUBANG HELICOPTER & other poems.

Please support this and my other paper children. Make a home for them in the places you treasure.

I’ll update this post or put up a new one when this paper child arrives. Thanks for being here.

I have a small contribution to an important exhibition of images captured by brave photojournalists covering the bloody war against the poor perpetrated by the Duterte regime in the Philippines. DARK LENS is a painful record of a national tragedy. Please visit the site.