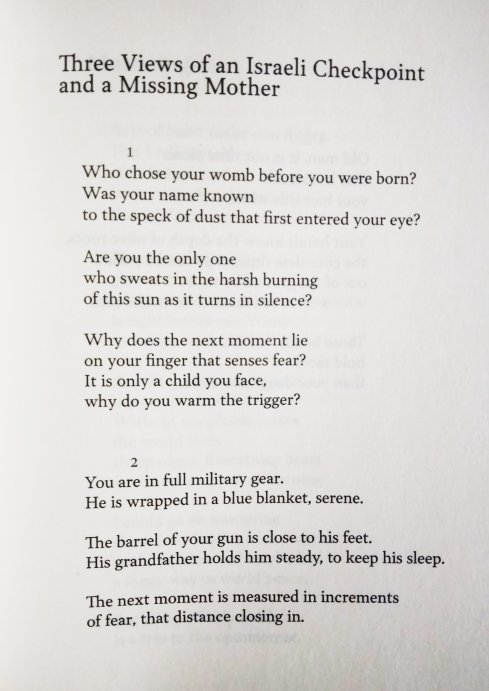 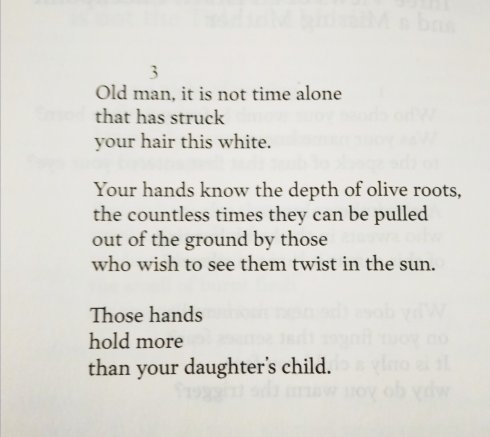 Remembering Israeli atrocities from a few years ago, here’s my poem from SOUND BEFORE WATER 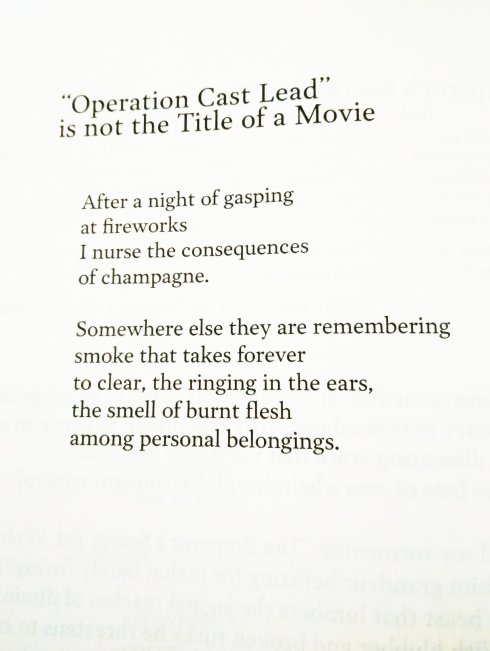 I’ve been lucky enough to be invited to read at this year’s Franschhoek Literary Festival. The organizers (thank you, Aerodrome’s Alexander Matthews!) have lined up an interesting set of poets. I’m still not sure what poems to read. Any chance to face an audience and gauge their reaction to your work is always an interesting experience.

I’m also going to use the event to reconnect with the friends I made during the awarding of the Sol Plaatje EU Poetry Award a few months back.

Tomorrow is also the day Palestinians commemorate Nakba. I feel I must read something to mark the day. And then there’s xenophobia. I wonder if there’ll be time to read something else, something about Lego and millipedes and SpongeBob. We’ll see. First I will have to negotiate traffic and wet, cold weather. Wish me luck.

Day of Rage and a previously posted poem, “Rent a Horror Movie”

After seeing Jon Snow’s “Unseen Gaza,” many years ago, I wrote a poem called “Rent a Horror Movie.” It is full of rage, but one that is like a fist in the dark. HERE IS THE LINK TO THE POEM.

The following is taken from the BDS Movement.

Gaza Calling: All out on Saturday 9 August Day of Rage

As we face the full might of Israel’s military arsenal, funded and supplied by the United States and European Union, we call on civil society and people of conscience throughout the world to pressure governments to sanction Israel and implement a comprehensive arms embargo immediately.

Take to the streets on Saturday 9 August with a united demand for sanctions on Israel.

From Gaza under invasion, bombardment, and continuing siege, the horror is beyond words.  Medical supplies are exhausted. The death toll has reached 1813 killed (398 children, 207 women, 74 elderly) and 9370 injured (2744 children, 1750 women, 343 elderly). Our hospitals, ambulances, and medical staff are all under attack while on duty. Doctors and paramedics are being killed while evacuating the dead. Our dead are not numbers and statistics to be recounted; they are loved ones, family and friends.

While we have to survive this onslaught, you certainly have the power to help end it the same way you helped overcome Apartheid and other crimes against humanity. Israel is only able to carry out this attack with the unwavering support of governments – this support must end.

This is our third massacre in six years. When not being slaughtered, we remain under siege, an illegal collective punishment of the entire population. Fishermen are shot and killed if they stray beyond a 3 km limit imposed unilaterally by Israel. Farmers are shot harvesting their crops within a border area imposed unilaterally by Israel.  Gaza has become the largest open-air prison, a concentration camp since 2006. This time, we want an end to this unprecedented crime against humanity committed with the complicity and support of your own governments!

We are not asking for charity. We are demanding solidarity, because we know that until Israel is isolated and sanctioned, these horrors will be repeated.

Three poems from Sound Before Water featured in Dead Snakes

Cluster bombs being dropped on Gaza by Israel (image from Wikipedia)

Three poems from Sound Before Water have been posted on Dead Snakes. Please click THIS LINK to read them. Posting a comment (or three) will help encourage the editors to keep up their good work.
Thank you, Stephen, for making room for my work.

Just as the World Cup was underway, Israel begins to bomb Gaza for… what again?

Now that World Cup fever has died down (pun intended), an airline is shot and who’s quickly blamed?

Yeah, it sounds far fetched, like some weird conspiracy movie… well, weirder things have happened. It could also be compared to a performance on a stage with a bunny and a top hat.

Don’t mind me. I’m not running from missiles and drones, I’m not looking for missing members of my family in the few seconds when the air clears a little for me to see my own footsteps amid the rubble and mayhem.

I’m far away and screaming my lungs out in anger at this madness.

The following was written and translated in January 2009, during Israel’s blockbuster movie, OPERATION CAST LEAD.
Ang Aso at ang Amo

The Dog and Its Master

With a firm wave of the master’s hand
the dog sets off, sharp as a dagger
its nose cuts the wind.

Over and over, this lesson is taught
the dog quickly learns
whom it must seek, sending hairs on end.

They conduct this concert of violence
with such precision, in the end, with the slightest
twitch of the master’s brow, the dog
flies swifter than a bullet, finishing off a prey.

Israel, which are you? 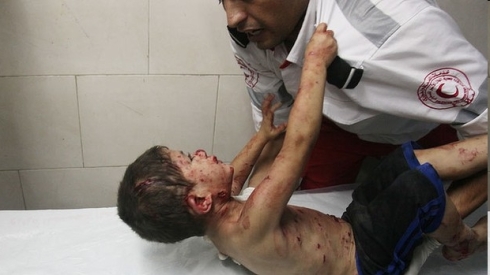