Today, in my country of birth, the current president appears before the lawmakers of the land, and before the entire nation. This is the same president who vowed to defend and protect the citizens of the country and adhere to the constitution. This is the same president who, soon as he took to power, violated the most basic rights of the poor and defenseless.
Today he speaks as if he were the hero of the land. Each of us, in our own minds, try to be the hero we dream of. Duterte’s greatest hero, as he has declared and proven by his actions many times over, is the late dictator Ferdinand Marcos who silenced critics by sending them to prison, if not to the grave.
Duterte’s so-called war on drugs, in a mere three years, has gone way beyond what Marcos himself managed to do.
I wrote the following poem last year as a first draft. The second draft did away with all that is so blatant in the piece and, in a way, turned out to be a better poem. But it didn’t retain the anger and condemnation I wanted to convey. That poem is due to appear in a South African journal, the New Coin.
Today, as I cannot join any of the protest rallies in my country of birth, I decided to share this poem here, and perhaps on my Facebook author account.

We Cannot Allow the Dead to be Silenced

The man who curses shall be cursed
to live forever in the stories we shall tell
our children. They will not fear him
or his twisted reincarnations.

Our children shall not be shaken
by his threats. His attack dogs
with teeth of bullets cannot make us
turn away and flee.

Though the dead may be left
unclaimed in morgues
or dumped on the side of the road,
their faces bound with packaging tape,

they will never be silenced.
The veins on their exposed necks
and stiffened arms will turn to roots.
And we who fight to remember

the cruelty inflicted upon those
we can no longer hold shall bear
bitter fruit to be shoved
down the tyrant’s throat.

The title of this post may look odd to those who are not familiar with the play on words Filipinos like to employ by borrowing from another language. A rough translation would be – aside from SONA (State of the Nation Address) – “Done in by Duterte.” 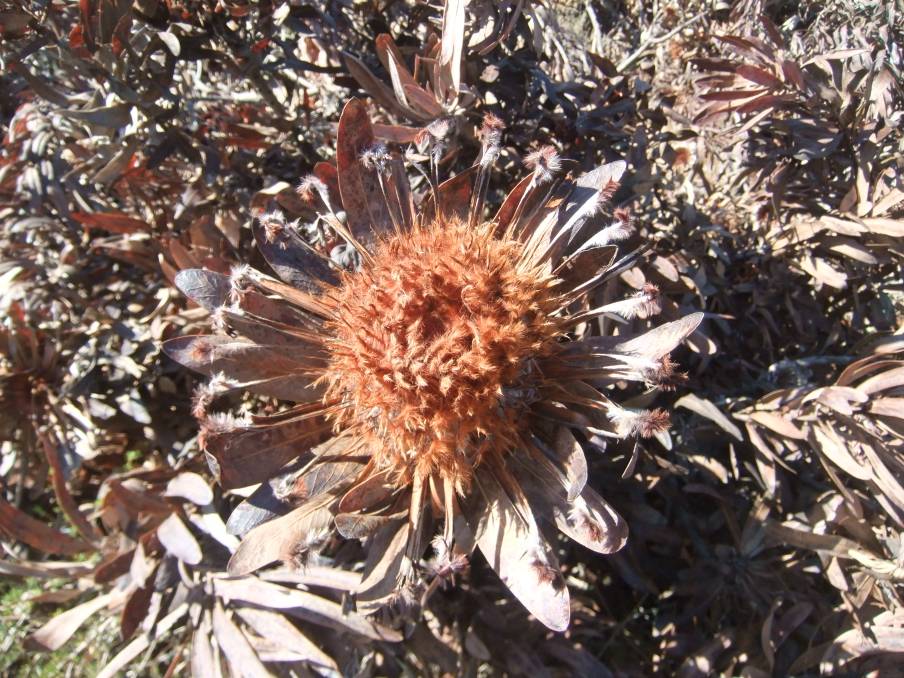 PNP Chief Dela Rosa plays Santa to kids of those killed, caught in Tokhang
A total of 120 children of drug suspects received gifts from Philippine National Police chief Director General Ronald dela Rosa (Bato), who dressed as Santa Claus at an event on Thursday.
Dela Rosa said giving gifts is the PNP’s way of bringing cheer to the lives of children whose parents have either no income, are in jail, or were killed during anti-illegal drug operations.
-Amita Legaspi, GMA NEWS ONLINE 01 Dec 2016


He believed his intentions were pure
and shiny like his lightbulb head when,
sometime after All Souls’ Day, he wondered
what it must be like to be a child

who had lost a parent. Perhaps once
when he was still small he had pretended
being an orphan, as most children do,
and that helped him arrive at the grand idea

of dressing up as Santa to bring some cheer.
How difficult could it be? Having no hair
meant that white wig would fit nicely,
not at all uncomfortable. The red suit

with fluffy white trimmings must be breathable
cotton, like the elf hat. Not at all like
being wrapped in a garbage bag and tagged.
Since he’s big and solid as a chunk of rock,

a kid on his lap will feel like a stuffed toy,
or an inflatable beach ball. Still, he has to be
gentle. These kids may not remember
that lost parent for a day, or forever

if they’re lucky to be too young to retain
memories. But surely they’ll never forget
the day TokHang Santa came for them, the chosen
120 from the ever-growing thousands.

-o-
http://www.gmanetwork.com/news/story/…
“TokHang” is a contraction of the Visayan words “toktok” (knock) and “hangyo” (request).

Since this is a first draft, I welcome all feedback, critiques, comments – as always. Thank you in advance.

It was never a landslide: a poem that accompanies an interview

I was interviewed by Bookwatch, the National Book Development Board’s publication. The print issue was meant for release at the Frankfurt Book Fair. The online version may be read HERE. At the end of the interview is a poem with a rather long title. For those who know little about what’s been happening in my country of birth, you could maybe do an online search on the following phrases: EJK, extrajudicial killing, war on drugs, Duterte.

Here’s a screen grab from the issue. Hope you read the whole interview and those of other Filipino writers currently writing and living in other parts of the world. I would love to hear what you think of the poem and the interview. Thank you in advance.

I Hate Found Poems and I Do Not Claim This One

I Hate Found Poems and I Do Not Claim This One
words by Gabriel Cardinoza, formatting by Jim Pascual Agustin

Five-year-old Danica Mae
Garcia, who was felled
last week by a bullet intended
for her grandfather, was buried
at the public cemetery here

on Wednesday. Some 150 relatives
and neighbors joined the funeral
procession. They waded in floodwater
that rose by half a meter

on a 100-meter stretch
of the road from Danica’s house
at Barangay Mayombo beside Pantal River,
which had been swollen

due to monsoon rain
and high tide in the past days.
No government official showed up
at the burial of the collateral damage

Sympathy for the Doomed – NoiseMedium publishes my winning poem, “To be an Orc”

This isn’t a sob story. I hate those. This is just a statement of facts. Almost.

No one ever read to me as a kid. The image of a child being tucked in bed with a night lamp close by and his/her parent(s) reading while the child looks up in enchantment was entirely foreign. My overworked parents were government employees – my mother was a teacher who was given too many students and after-school tasks to handle (including possibly risking her life during turbulent elections as part of the underpaid voting staff), and my father was a soldier who got called and posted somewhere during the years of Martial Law. My grandmother spoke a local dialect I didn’t know well enough to understand.

I didn’t even have a single children’s book to read on my own and fall asleep with, let alone what others might call a family library. Aside from school textbooks and local comic books that I saved up my weekly allowance for, I read nothing else. Oh, yes, my parents eventually put aside some of their earnings so they could buy me and my three sisters the 1981 edition (I think) of the Encyclopedia Britannica. (That huge set was destroyed by the floods of Ondoy in 2009, along with my small collection of books from university days.)

With the state-controlled media swamped by US media, I was only exposed to the generally loud and garish images of Looney Tunes and Disney. And then, for a time until the dictator Ferdinand Marcos shut them all down, the robots of Japanese anime series (a separate post on that one day).

So elves and fairies I knew were fluffy and cute thanks to Disney. Dwarves were adorable as they sang and whistled happy melodies while digging.

Orcs I didn’t read about until high school when my closest friend, Arman, introduced me to the world of Tolkien. He got me to take up membership at the British Council in Manila. There I devoured all that I could get my hands on, not just of Middle Earth (illustrated accompanying books included), but of authors I’d never heard of. It was there that I “met” Craig Raine and the late Elizabeth Bartlett (whom I really, really “met” by traditional mail – I received letters and books from her!).

I was both awed and disappointed with Peter Jackson’s adaptation of The Lord of the Rings years later. Oddly, I felt some sympathy for the orcs. Or rather, the actors who portrayed the orcs.

On 5 August 2014 (I enter dates when I start and finish a piece), I began a poem called “To be an Orc.” It has taken a long time for it to find a home. So when I was informed it was not only seeing publication for the first time, but on top of that it had actually won something, my first reaction was “What? Am I dreaming?”

I wish to thank NoiseMedium for finding my work worthwhile of publication. I hope you all visit their amazing website and read “To be an Orc” as well as all else that they have lovingly gathered there.

An aside. I wish to express my strongest objection to the extra-judicial killings supported by the new leadership of my country of birth, the Philippines. I urge you to read, sign, and share THIS PETITION with all your friends, family, social media circle, as well as anyone who you think might might help put out this urgent matter. Thank you.

Last Words, and a photograph that says something else

A few days ago I was sweeping the leaves that had fallen all over the front of the house. There were so many of them that I had gathered nearly ten heaps about a foot high each. They were mostly brown, but also green ones and yellow ones, and shades in between. I couldn’t count how many there were really unless I picked them up and separated each one at a time. I tried to take a few photos, perhaps just to remind me that I did some work in the yard that day. Then one photo came out completely different from the others. It came out red.

These days the people in my country of birth wake up to news of those summarily executed and dumped in broad daylight. It is a nightmare existence. The rising number of victims continues because of words. Yes, words from the newly-elected president who won by plurality vote (meaning not a majority, but by less than 40% of the voting population in this case).
Words of hatred and destruction. Words that seek to erase the humanity in each person, in both victims and perpetrators. Words that carry a blindness that quickly spreads. And so with words I share this warning.

Being exposed to the elements,
the point of this spear
has gone
almost the way
of dust.

It has no memory
of skin and blood.

It has no memory
who held it first, last.

It is just one of many,
an echo of defeat
or conquest.

of myths and songs.
The last words
will never flow
from the lips of an emperor.