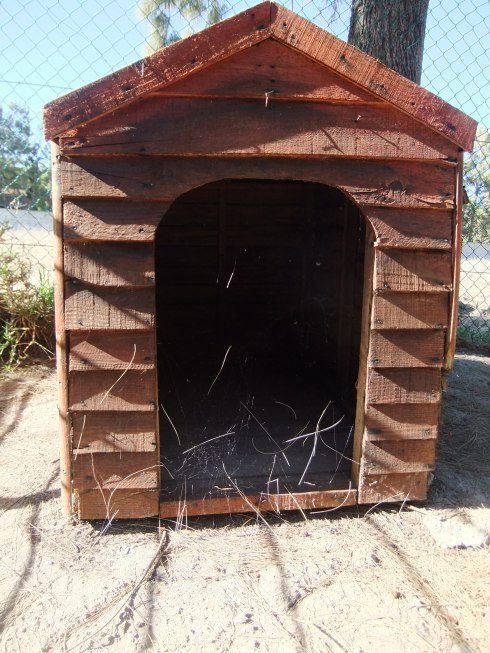 A new South African website for poetry went up a few months ago called AVBOB POETRY. I wasn’t quite sold to the idea, but in the end I submitted 26 poems (I think) and a handful got accepted. Not sure if that’s a good rate or not, but a foot in the door is better than being completely shut out, right?

The poems had to deal with themes of love, birth, death and hope.

I’m still finding it tricky navigating the site, but my poems are up and free to read.

You have to search by title. So here they are (I can’t give links to each poem, you need to enter the title in the search box):

My Brother Lives on the Other Side

Would You Hate Birds for Crossing Borders?

An interview with Fixional: forget me, read my work instead 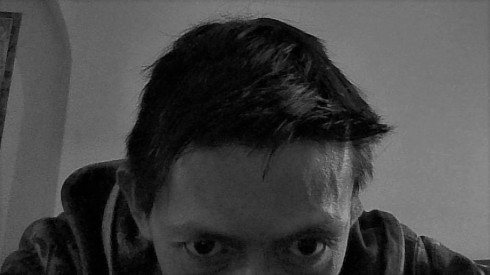 I don’t like talking about myself. I prefer sharing thoughts about other things – literary, or otherwise. You can chat to me about movies, music, the ant climbing up the side of a wall, or just about anything else.

Don’t ask me how to read my writing. Unless we’re in a workshop environment, don’t ask me to explain what I’m trying to say in my writing at all.

But every now and again I get asked to respond to particular questions for an interview that will be made public. I only agree to interviews if I think they would help me find more readers. Please don’t see it as a marketing ploy. I would hate that.

Read the interview, consider giving my work a chance to be discovered by new readers. Tell your friends about the interview. Tell them that you read my blog regularly – or have just discovered it today. I want people to adopt my paper children. They need warm homes.

So… here’s the link to Fixional where my latest interview appears.

Fixional recently published my trilogy of poems that were based on the cinematic masterpiece trilogy by Krzysztof Kieslowski, Three Colors: Blue, White, Red.

PS – I haven’t read he final version of the interview, was too excited to. If you find typos or errors, please tell me. Fixional used to be NoiseMedium, which awarded my poem “To be an Orc” the Grand Prize last year. 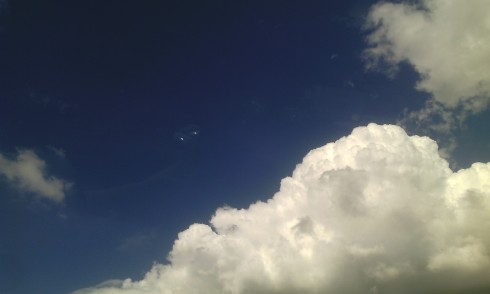 I am bothered by news from back home. Internal displacement in Mindanao due to the fighting between government forces and the Maute group comes to mind. Disturbing news of the growing number of dead from the fighting as well as in the dire situation at refugee centers.

And then, of course, there is the ever-increasing number of people fleeing their own countries in desperation due to war. They try to cross treacherous seas, and, even if they survive, they are rarely met with open arms. They face borders.

Borders, before they become fences and walls, are imagined. Applied to people, they can easily be turned into tools of abuse, tools of turning one human being against another, tools of forgetting what happens when those armed and more powerful impose their will on the vulnerable.

Listening to the radio this morning, I learned it was Refugee Day.

I have never been a refugee. I’m an immigrant by choice – by luck. Even as all of us can be struck with a longing for our place of birth, the place where we took our first breath, tasted water, touched mud, got blinded by dust on a hot day, we can only imagine the struggles of refugees.

I’m sharing my poem, “Like a Log,” which first appeared in The Sol Plaatje EU Poetry Anthology VI. I’ve also posted a voice recording on SoundCloud. The link is HERE.

“I’m not going to tell you another story,
my boy. You laugh too loud,” grandfather said
as I begged. His voice sounded
like it was coming from the village well

before it was blasted. The stories he told
came from a time when the sky
was not yet something to be feared.
His eyes, clouded with cataract,
only saw white shadows.

But he could sense when someone
was stirring awake. He began to fade
into the damp wood. I whispered to him,
“I am afraid of the dark and the sound
of water splashing against the sides

of the boat.” Grandfather held
my small hands and then patted
the tied up bundle mother left me
before they threw her overboard. 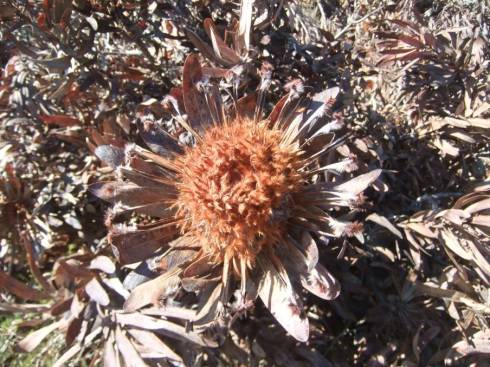 The first review of WINGS OF SMOKE 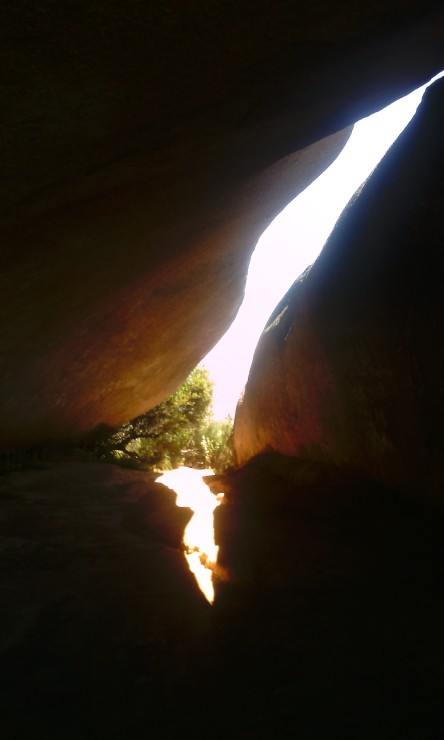 Huge things are happening in my country of birth. A retired policeman has corroborated the testimony of one of the hired killers of the dreaded Davao Death Squad, saying the former mayor, now elected Philippine President Rodrigo Duterte, created and conducted the vigilante-style group. During Duterte’s term as mayor of Davao City thousands were claimed to have been murdered or made to disappear by the DDS. Will this revelation change the course of my country of birth? One hopes for the better, as worse scenarios have been floated by various critics such as self-initiated revolution in order to force a change to federalism or even dictatorship (as Duterte’s hero, former dictator Ferdinand Marcos did in the 70s).

But the title of this post said something else! Yes, it did. My apologies. Here goes.

It is one thing an author wishes for his/her paper child – to be read. So I always thank readers who can find time to delve deeper into my work and come up with their own ideas about it.

Thank you to Marius Carlos, Jr for this review with two versions. One appears on his Medium.com page. The other version appears on The FilAm.

Wings of Smoke may be ordered via my publisher’s website – www.onslaughtpress.com – and Amazon. It will be made available in South Africa in March 2017 mainly through the author who will be reading and launching the book at various venues: at the Writing for Liberty Conference at the Centre for the Book on 28 March, at Off the Wall (A Touch of Madness Restaurant) in Observatory on 30 March and at Kalk Bay Books on 4 April. More to follow during the year. 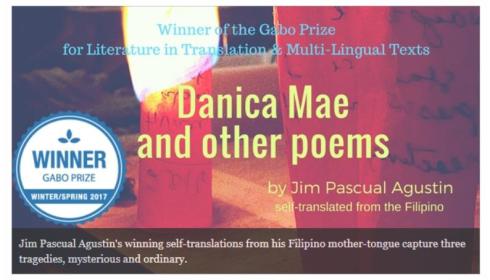 The English version of my poem, “Danica Mae,” along with two other older poems of mine I translated from the original Filipino, have been chosen by Mark Statman, guest judge for Lunch Ticket’s Gabo Prize in Literature in Translation & Multilingual Texts.

They made the announcement a few days ago. 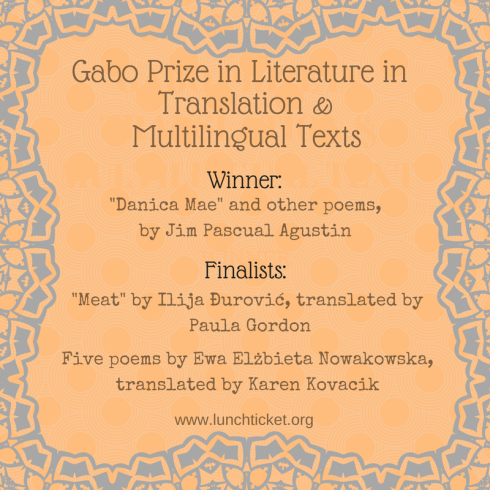 While Lunch Ticket prepares for the early December launch of their new issue which will feature my work alongside two other finalists, you can read the original Filipino version of “Danica Mae” HERE.

I wish to thank Alli Marini and Jennifer McCharen, founders of the Gabo Prize, as well as Arielle Silver, Lunch Ticket editor, and Mark Statman for allowing new readers to discover my work.

My poem “Cousin’s Thumbnail” gets featured on NoiseMedium!

You take memory. Put it in a box. Shake it a bit. Open the box. Whisper into it. Close it up and shake it some more. Open the box. Take it apart. Look for the memory that seems to have disappeared. Now start writing what you remember, what should be remembered, what will always be remembered, and then make a new box out of air.

This is how “Cousin’s Thumbnail” was written. Now it has found a home at NoiseMedium. Please read the poem and leave a comment there. Or here. Thank you.

I Hate Found Poems and I Do Not Claim This One

I Hate Found Poems and I Do Not Claim This One
words by Gabriel Cardinoza, formatting by Jim Pascual Agustin

Five-year-old Danica Mae
Garcia, who was felled
last week by a bullet intended
for her grandfather, was buried
at the public cemetery here

on Wednesday. Some 150 relatives
and neighbors joined the funeral
procession. They waded in floodwater
that rose by half a meter

on a 100-meter stretch
of the road from Danica’s house
at Barangay Mayombo beside Pantal River,
which had been swollen

due to monsoon rain
and high tide in the past days.
No government official showed up
at the burial of the collateral damage

Mr. F. Sionil Jose, how does kissing the barrel of a gun make a country happy?

PHOTO THAT GAVE THE KILLINGS A HUMAN FACE